Equipsme member Andrew was playing football with his sons in his back garden in Hove, Brighton, when he felt something go in the back of his knee.

“I wasn’t even doing anything fancy,” says Andrew ruefully, “I just kicked a ball! I knew immediately I’d done myself some damage, but over the next few days the swelling got worse and worse, until I couldn’t actually walk or put any pressure on it at all.”

Andrew runs a financial services consultancy. He’s a busy man, and can’t afford to be out of action, so he lined up an appointment at a local private hospital to see an osteopath to discuss the injury, at his own expense.

But as the pain continued to get worse, Andrew decided he needed to see someone sooner. By that time it was a Sunday, and Andrew turned to his Equipsme plan to secure an appointment with the 24/7 online GP as soon as possible – which turned out to be first thing on Monday morning.

He continues: “The doctor I spoke to was very reassuring, but told me I needed to talk to 111 straight away to get some advice about emergency care in my area. I did. And they basically told me it was serious and to expect a call from a specialist in five minutes. She called, had a chat, and told me to get myself down to A&E in the next 20 minutes, where she’d made me an appointment. She even offered me an ambulance.”

Andrew’s wife drove him to hospital in the end, and he was seen straight away for an ultrasound scan. They suspected a DVT, and in the end that’s what it turned out to be. Andrew says: “Basically I’d torn the muscles and cartilage at the back of my knee, but the swelling pressed on the main artery behind it, causing a clot, which is quite unusual and quite dangerous. I was given blood thinners to try and clear the blockage.”

The next day happened to be Andrew’s osteopath appointment, and when the consultant saw his ultrasound he marched him straight down for an MRI – a scan he hadn’t been able to have the day before.

“At that point I hadn’t arranged any sort of diagnosis or treatment with Equipsme,” says Andrew “so I had no idea if the bill for the MRI was going to come directly to me! But I called up immediately afterwards, and because I’d already opened the claim with the GP appointment, Equipsme were able to approve it all retrospectively. Which was something of a relief!”

He discussed the results with the consultant, and then a couple of hours later he got another call, this time from the specialist team at the NHS. They’d got his MRI results too, and wanted to discuss changing his medication, and longer-term treatment.

“I had no idea that the NHS and private medical care could work so seamlessly together,” says Andrew. “They’re always billed as being in some sort of competition, but that’s just not the case. The continuity of care and consistency of attention was just brilliant, and I was passed between teams to get what I needed done as speedily as possible. One of the NHS nurses even told me it helped them, because it got me off their waiting lists, assessed and through to the next stage faster.

“Right now I’m seeing both the osteopath and a haematologist to work out how to fix up my injury, and how long I might need to be on blood thinners – which is possibly some time or even the rest of my life. I’m off the crutches, and I’m barely even limping anymore! It might be a while before I’m back on a football pitch, though…

“Equipsme really came into its own and I couldn’t be more grateful. The same goes for our wonderful NHS. They really were a dream team, and I dread to think what might have happened if they hadn’t been so amazing, and so joined up.

“I’ve had private health insurance before. It was twice the price and incredibly complicated to use. Equipsme is cost effective, flexible, easy to use, approachable – and interfaces smoothly with NHS services.

“For such a small amount of money, you are in very, very safe hands. That kind of back-up is so important, and for a small business like ours, it’s phenomenally effective. I’m living proof you just don’t know what’s going to happen around the corner, and that you won’t regret having someone IN your corner when you really need them.” 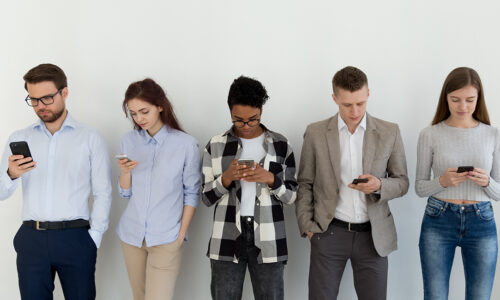 How to do a Digital Detox 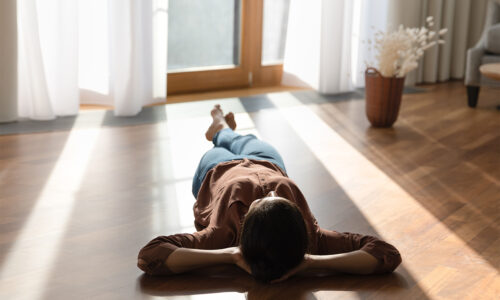