Call me disabled because I have type one diabetes and you’ll get a response that’s cooler than Wim Hoff’s bathtub. Yes, diabetes was a death sentence until insulin was first used to treat the condition a century ago, but today I can live a full, long and happy life thanks to the advances that have been made since then.

Yet under UK employment law, me and the 320,000 or so people living with type one diabetes in the UK – including supermodel Lila Moss and England rugby international Henry Slade – are deemed disabled, because it has a ‘substantial and long-term negative effect’ on the day to day lives of anyone who has it.

That doesn’t mean diabetes automatically entitles us to priority parking in the office car park, of course.  But it does place an onus on most employers to make ‘reasonable adjustments’ to the workplace to ensure I’m safe at work and can carry out my job (the armed forces, air traffic control and some emergency services are exempt from this).

I’ve had diabetes for 30 years and was diagnosed aged 13. Type one occurs when the immune system attacks cells in the pancreas that produce insulin, a hormone that promotes the conversion of glucose in the blood into energy. Unlike type two diabetes, it is not preventable and there is no cure. It means a lifetime of insulin injections and blood tests.

That tightrope is always being shaken by the other choices I make through the day and factors beyond my control. A deadline or stressful meeting can cause my blood sugar to rise thanks to the release of the stress hormones adrenaline and cortisol (as can illness, intense exercise and time of day). Heat, cold, a lie in or a late night/lunch can cause it to fall.

Most employers I’ve had have been reasonable (as required by law). But not all. Once, while working for a marquee hire firm one summer break from university, I was accused of skiving and had the apple I’d been eating hurled at me by my boss. I needed that apple to keep my blood sugar level stable. I later went hyperglycaemic and was accused of skiving again.

I knew then this wasn’t fair but didn’t report it. I needed that job. I now know these actions would qualify as harassment and victimisation under the Equality Act 2010, the same law that required my boss to make reasonable adjustments for me. Still, it ended well. I later learned that he had been dismissed for bullying after complaints from other staff.

Unsurprisingly, I soon decided a career in marquee hire was not for me and became a journalist. I’ve worked for several newspapers, magazines and websites over the past 15 years or so and all my employers have made the adjustments needed to keep me safe and allow me to manage diabetes to the best of my ability.

What ‘reasonable’ means to me

Injections, finger prick tests, continuous glucose monitors and insulin pumps have nothing on a working pancreas. Without one, proper blood sugar control all the time is impossible. Hotel staff once had to access my room after I passed out on a press trip. I’ve twice had paramedics called to work. I once had to stop a job interview because I needed glucose.

I got that job and spent eight happy years working for that magazine. My boss was discreet and accommodating: I never felt my condition was a problem or made to feel like ‘Rob, the diabetic bloke.’ The office manager always had something sugary to hand, just in case (I needed it only once) and I was given time off for frequent doctors’ appointments, no fuss.

I was even given four extra days’ paid leave so I could attend an NHS course to qualify me for consideration for an insulin pump and a device called a flash monitor. Some may say this goes beyond a ‘reasonable adjustment’ but I’d beg to differ: these devices allowed me to cope with diabetes and the stress and long hours of the job more safely and effectively.

Thankfully, my employer thought so too. They supported me and invested in my wellbeing. As a result, I was healthier, happier at work and more productive (though you might have to check that last one with the boss). Nevertheless, technology is not a cure for type one. It is a treatment, which is thankfully advancing all the time.

The treatments I was given in the early 90s look like something out of the Arc compared to what’s available now. As a teenager, I had to prick my fingers several times a day to check my blood sugar levels, frequently pee on test strips to look for ketones and mix two types of insulin in a syringe and inject before every meal, having worked out my dose.

Today, I permanently have an insulin pump stuck to me, drip-feeding insulin via a cannula under the skin. I vary my basal rate depending on how active I am and tell the pump if I’m about to eat so it can give me extra insulin to counteract the food; how much depends on parameters like carbohydrate content, blood sugar level, activity and time of day.

Better treatment but not a cure

Later this year, the NHS will prescribe me a hybrid closed loop system – a pump that ‘talks’ to a continuous glucose monitor stuck to my abdomen and automatically adjusts insulin dosage to keep my blood sugar range. I will still have to tell the pump what and when I’m eating and if I am exercising and intervene if anything goes awry.

The new system will make life easier and improve my chances of avoiding health complications associated with diabetes in later life, including sight loss, kidney failure, heart disease and nerve damage. It still won’t cure me. I will still be ultimately responsible for a bodily function – converting food into energy – that most people take for granted.

By extension, future employers will still have a responsibility to make reasonable adjustments to ensure I can safely carry out my job.

Rob Brown has been writing about business, health and fitness for the past 15 years. He can be founding blogging about long distance running and type 1 diabetes at www.DiabeticDadRuns.com.

Equipsme’s health and wellbeing support plans can include diabetes checks for all members of staff. Find out more here 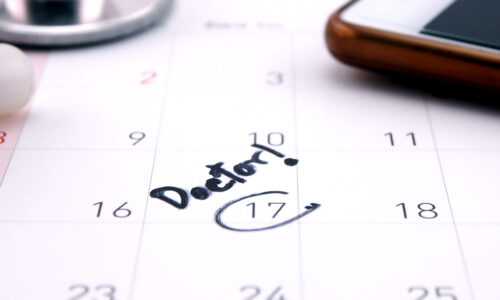 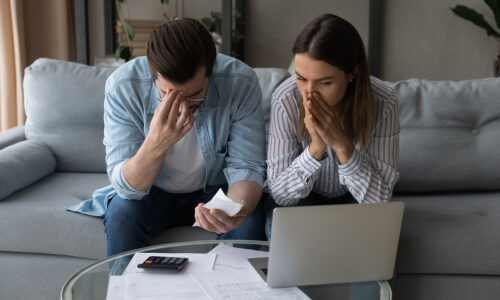